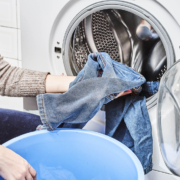 Letters to the press, 21/01/22: “Constantly blaming Westminster is a convenient distraction for now, but these failures and others will not be forgotten come the May council elections. Defending a record like this on the doorstep will be rather difficult, especially since breaking up the UK does not provide convincing answers.”

Letters to the press, 27/10/21: “Given the state of Glasgow under the SNP, the biggest contingents to COP26 will be a delegation of rats and the Wombles”

Letters to the press, 01/6/22: “Ian Blackford is in Cuba for a holiday. However, if he wanted to see a nation with crumbling infrastructure and an inflated public sector ruled by a single party with disastrously socialistic policies led by a long-serving leader who has mismanaged the economy, he could have stayed in Scotland.”

Letters to the press, 18/01/22: You can’t compare Norway and Scotland. The SNP fears Rishi. Just wait until the SNP control Scotrail.

Letters to the press, 28/03/22: “The problem in Scotland, however, is the vast majority of our 4.3m registered voters are still oblivious to what is going on, wouldn’t know a defunct Ferguson ferry if it docked in their back garden, and the opposition parties continually fail to breach this wall of apathy with any compelling, positive, convincing message.”