The father of a junior doctor who died following exhausting shifts has accused ministers of obsessive secrecy after he appealed against the decision to make 37 redactions to a 21-page report – and was sent a revised version with 29 redactions.

Brian Connelly’s daughter Lauren died after a car crash while driving home from Inverclyde Royal Infirmary where she had been working long shifts. Since her death in 2011 her father has campaigned tirelessly to protect other overworked junior doctors from dangerous fatigue.

In 2018 the Scottish Government commissioned an Expert Working Group to examine how it could implement a 48-hour working week for hospital doctors.

Connelly says the report was completed in January last year and, since then, he has written to Scottish Health Secretary Jeane Freeman four times asking to see a copy.

When that failed, he submitted a Freedom of Information request for a copy. But, when he was finally received the report, its executive summary and conclusions had been redacted. In total the 21-page report contained 37 redactions.

Connelly appealed and has been sent a new report – this time with 29 redactions – again deleting its executive summary and recommendations.

The report contains passages describing how working hours and rotas impact doctors’ fatigue and safety, and how they also affect patient safety and medical outcomes.

The Scottish Government ­originally justified the redactions, saying it was not in the public interest to publish the information.

After Connelly appealed, Scottish Government business manager Susan Curran agreed this ruling did not apply to all the redacted material. However, she also decided a second reason for denying a full FoI release – that doing so might deter medical and other professionals from giving evidence to future studies – did apply.

Connelly, of East Kilbride, said Lauren started her job at Inverclyde Royal in the summer of 2011 with a roster of 90 hours over just 10 days.

He is calling for junior doctors to work a maximum 48 hours in any given week – and health boards should not be able to circumvent this by averaging out the number of hours a doctor works per week over a six-month period. Junior doctors in some Scottish hospitals revealed they worked more than 87 hours in a week.

He said: “We are being forbidden to see in full a report that examines junior doctors’ dangerously long hours and provides a potential remedy and time scales for its implementation. I have been sent another copy of the report but all the useful information still does not appear. The Scottish government seems determined to not publish the report. I have appealed to the Information Commissioner by letter and await his decision.”

Medical campaigners Doctors for the NHS also criticised the ongoing secrecy over the report, saying: “Why is the truth about doctors’ hours not being disclosed? No workforce can be expected to tolerate these conditions indefinitely and not be expected to make mistakes or suffer directly. Open and honest explanations should be the minimum expectation. This pervasive culture of hide or stay silent has to stop.”

The Scottish Government said: “We handle FOI requests in accordance with the Freedom of Information Act 2002. We only apply redactions to information where these are appropriate and are in line with the law.” 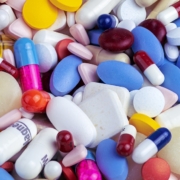 ‘This will be the end of NHS dentistry’: Warning practitioners will quit or go private in bitter funding battle with Government – The Herald