A leading economist appointed to Nicola Sturgeon’s panel of advisers has warned that the damage from tearing up the 300-year-old Union between Scotland and England risks being equivalent of “Brexit times ten”.

Mark Blyth, professor of international economics at the Watson Institute of Brown University in Rhode Island, was announced as a member of Sturgeon’s council of economic advisers in July amid claims that it would “bring forward bold ideas that will transform the economy”. 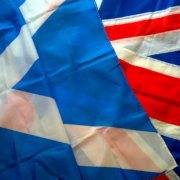 Letters to the press, 17/03/22: “If the SNP want to keep alive their raison d’etre of Scottish separatism, their best course is to demonstrate how efficient, competent and honest devolved government in Scotland could be. They have failed signally, in almost 15 years, to do that.”

Letters to the press, 17/05/22: “The Scottish Government urgently needs to change its direction. The fact is that the political parties supporting the Union received far more votes than the independence supporting ones in the recent election. This was true also in 2014, with a huge turnout and in reality, this has not changed ever since”