A plan to set up a state-owned energy company has been dropped by the Scottish Government, Daily Business has learned.

Four years after promising a state-backed company delivering low cost power, ministers are now focusing efforts on a “new dedicated national public energy agency” that will be more of an advisory body.

It would buy its energy on the wholesale market or generate it in Scotland – from renewable sources.

Since then there has been little sign of progress and in June this year, Green co-leader and now government minister Lorna Slater, criticised Ms Sturgeon for not moving fast enough on the plan.

At the weekend Shadow Scottish Secretary Ian Murray said the new SNP-Green partnership made no mention of the energy company plan in a 50-page joint policy statement.

“It’s astonishing there is not a single mention of a public energy company in the SNP and Green coalition agreement,” he said. “It adds to an ever-increasing list of broken promises from the Scottish Government.”

Labour, he said, has been calling for the proposed company to move beyond the paper stage so that it can start supporting the development of renewable energy in Scotland. 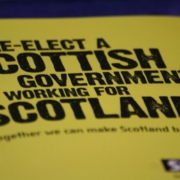 Things can only get worse for Blackford & SNP – Guido Fawkes

Letters to the press, 30/03/22: ‘”There are three kinds of lies: lies, damned lies and statistics”. This quote could apply to the SNP regarding the ferries shambles, the Prestwick Airport shambles, the Salmond inquiry and the attempt to rewrite Scottish history.’