Speaking at the Scottish Parliament’s education committee on Wednesday, the report’s co-author Dr Beatriz Pont warned Scotland needed to “drop the politics” and focus on policy to move forward.

The authors of the report, published in June, also told MSPs the Scottish National Standardised Assessments (SNSA) were “not the most appropriate system monitoring mechanism” for measuring the success of Curriculum for Excellence (CfE)

The tests, introduced in 2017, led to pupils experiencing high-stakes tests in primary one, four, seven and in S3 in secondary school. They are opposed by all of Scotland’s teaching unions, as well as by parents groups.

The report, Scotland’s Curriculum for Excellence Into the Future, recommended scrapping the Scottish Qualifications Authority (SQA) and reforming Education Scotland.

The exams body is to be broken up and replaced, with pupils, parents and teachers to be consulted on changes, while responsibility for school inspections will be split off to a new independent system.

Dr Pont said: “We’re providing recommendations to have to consolidate the structures to make your CfE less political and more policy oriented. 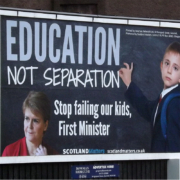 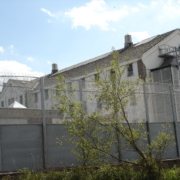 Larbert school named as ‘most overcrowded’ in Scotland – Falkirk Herald

If dissenters can be abused now, imagine the abuse were Scotland to secede – Think Scotland