Two new ferries for Islay will not be made in Scotland after four shipyards from elsewhere were invited to tender for the contract.

More than 30 organisations expressed an interest in taking on the job and 11 entered submissions that Caledonian Maritime Assets Limited (CMAL) said were “rigorously” assessed.

But only four companies, one from Romania, another from Poland and two in Turkey, reached the final stage of the procurement process.

A decision on which shipyard will win the job will be made before the end of March 2022, CMAL said.

The Islay route is one of the busiest services for freight on the Clyde and Hebrides network, and it was decided to contract two new ferries after discussions with Transport Scotland, ferry operator CalMac and communities on the island.

This week CMAL announced that the new vessels will be built at either Damen Shipyard in Romania, Remontowa Shipbuilding in Poland, or one of the Turkish shipyards Sefine Denizcilik Tersanecilik Turizm or Cemre Marin Endustri.

The procurement process for new ferries has come under scrutiny recently because of issues with two vessels from the publicly-owned Ferguson Marine shipyard in Inverclyde.

Holyrood’s rural economy and connectivity committee described the process as a “catastrophic failure”.

New CalMac Islay ferries will not be built in Scotland 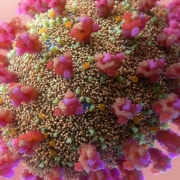 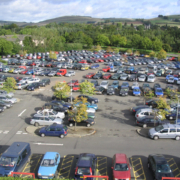 Letters to the press, 06/12/21: Arwen proved Indy would be a disaster. Did Sturgeon just blame 90’s band Steps? What about the ’20 minute’ community?

Electric car chargers ‘to switch off at peak times to avoid blackouts’ –... Pensioner dies waiting 40 hours for ambulance after collapsing in Glasgow flat...
Scroll to top