So-called ‘unhackable’ mobile phones given to prisoners in Scotland during lockdown by the Scottish Government at a cost of £3 million are now being used for drug deals and other criminal activity, ITV News has learned.

During lockdown when prison visits were restricted, 7,600 inmates in Scotland were issued with their own mobile phone by the Scottish government.

But these supposedly tamper-proof phones were almost immediately hacked by inmates, and, according to the Scottish Prison Service, 728 have been found since August 2020 to operate with illegal SIM cards, used for drug deals and other criminal activity.

ITV News has been given exclusive access to Scotland’s largest prison, Barlinnie, where addiction is described as “worse than ever before.”

John McTavish, Prison Officer at HMP Barlinnie told ITV News: “You give a prisoner a phone, and they’re very, very ingenious. If they put their mind to something, they can do anything at all. Within hours, the tamper proof was gone.”

The prison officier estimates about a third of phones have been tampered with.

“I checked the phones in one of the halls here in March time, and of the 300 prisoners that were there, it was probably about 100 phones tampered with altogether.”The drugs bought with these phones are often simply thrown over the prison walls, but inmates are finding ever more complex and covert methods to smuggle in drugs, including legal letters soaked in drugs that the prisoner then dissolves in water and drinks. 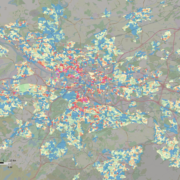 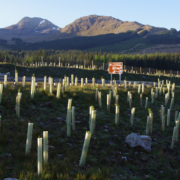 Scottish independence: Support for Yes drops if voters think it will cost them... Electric car chargers ‘to switch off at peak times to avoid blackouts’ –...
Scroll to top