Nowhere in Europe do more people die from drug abuse than in Scotland. This sad record is the result of social problems, political failure – and a deadly mix of heroin, cocaine and street Valium.

If only a little had turned out differently, Jason Wallace wouldn’t have been sitting here today. For 20 years, he lived alternately in prison and on the street. In between, he sometimes found shelter with drug-addicted girlfriends, until the police arrested him again. To finance his addiction, he committed violent robberies, stole firearms and sold heroin. In dirty Glasgow back alleys, he injected the drug into his veins with used needles, ultimately infecting himself with hepatitis. Several times he narrowly avoided overdosing.

Twelve years ago, the 46-year-old finally managed to quit, thanks to a self-help group, and has been clean ever since. He doesn’t even touch alcohol anymore.

Meeting in a Glasgow café, Wallace speaks in a careful but firm voice. His body has regained strength, but the past has left its mark on his gaunt face. He works at the Scottish Drugs Forum, a non-governmental organization, and is thus still in close contact with drug addicts today. «In Glasgow’s underprivileged neighborhoods, probably nearly four in 10 residents have an acute drug problem, even if you take alcohol out of the equation,» he says.

To see how Scotland benefits from being part of the UK, click here: https://www.scotlandmatters.co.uk/unity-matters/

Letters to the press, 03/12/21: “The SNP was always a party of protest and dissent. Now it is experiencing the real dilemmas such behaviour creates for those in authority”. 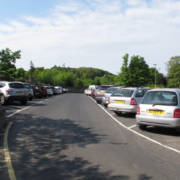 Cancer diagnostic tests ‘spiralling out of control’ as almost 11,000 patients waiting to be seen in Ayrshire – Plainsmen Post