The submarine-hunter, named ‘Guernsey’s Reply’, is the sixth Poseidon aircraft to arrive at the Moray base and will operate as part of the re-established 201 Squadron.

The Royal Air Force say here that the aircrafts name honours the close bond between 201, the island of Guernsey and Jurat Herbert Machon OBE who named his Mk XVI Spitfire ‘Guernsey’s Reply’ during World War II.

“I am thrilled to welcome Guernsey’s Reply to RAF Lossiemouth.  Not only does this mark a further increase to our maritime air capability here at RAF Lossiemouth but it is also a fitting tribute to the association between 201 Squadron and Guernsey.

Everyone on 201 Squadron is very proud of this long-standing association and the history which it represents. As we move forward, we must continue to foster the links which brought us to where we are now, and I am personally grateful to be able to play my small part.”

Poseidon is equipped with sensors and weapons systems for anti-submarine warfare, as well as surveillance and search and rescue missions. It features an APY-10 radar for high-resolution mapping, an acoustic sensor system, an electro-optical/IR turret and electronic support measures. 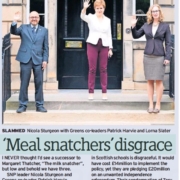 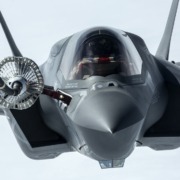 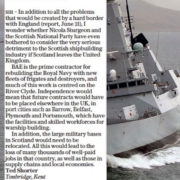 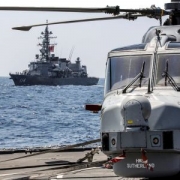