NHS Highland has paid out millions of pounds to current and former staff who said they were victims of workplace bullying.

The health board, which covers the Highlands and Argyll and Bute, has so far made 150 financial payments – totalling more than £2m – as part of a “healing process”.

It expects to pay a total of £3.4m once all remaining cases have been settled.

But NHS Highland says that is a lower figure than the anticipated £4.2m it had earlier set aside, adding that funding provided by the Scottish Government “should be sufficient” to cover the settlements.

The health board was heavily criticised after an investigation found hundreds of staff across the region may have endured inappropriate behaviour.

Many said they had been victims of bullying within the service, while many quit their jobs or transferred elsewhere within the NHS.

The extent of the bullying was exposed by whistleblowers in 2018. 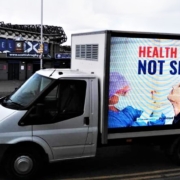 Letters to the press, 27/10/21: “Given the state of Glasgow under the SNP, the biggest contingents to COP26 will be a delegation of rats and the Wombles”

Letters to the press, 18/02/22: “So, having no indy plan, we have irritating arguments, to divert attention from important issues, but nothing of substance.”

Social care sector ‘on its knees’ amid recruitment crisis – STV n... Glasgow is suffering because SNP council leader won’t stand up to Nicola...
Scroll to top