Mhairi Hunter and Jennifer Layden are both senior councillors in Glasgow whose roles are regarded as a full-time commitment because of their additional responsibilities over a backbench councillor who is paid at two-thirds of the full time rate.

The full-time rate can vary depending on the nature of the role and according to Glasgow’s Register of Interests Jennifer is paid a salary of £35,000 while Mhairi receives £26,000 – around £15 and £20 an hour respectively.

Yet both SNP councillors have other paid jobs – Jennifer works in Humza Yousaf’s office having previously enjoyed a similar role in Margaret Ferrier; while Mhairi has a role in none other than Nicola Sturgeon’s office and a separate paid commitment as a member of Greater Glasgow and Clyde Health Board.

Now I have no problem with councillors being properly remunerated – I was a member of the independent (SLARC) committee which recommended a new salary structure for elected councillors in Scotland in 2006.

Yet the SLARC regime is now being abused because no one has been scrutinising the system since the former SNP finance minister, Derek Mackay – who resigned in disgrace of course, decided that independent oversight was no longer necessary and that the SLARC committee should be disbanded.

Making a Nicola’s ear of it – Effie Deans 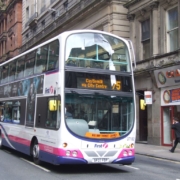 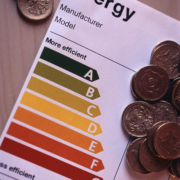 Letters to the press, 02/05/22: “Angus Robertson MSP has blamed -recent world events” for more than a quarter of Scottish households not returning their census forms (Scotsman, 29 April). Yes, Angus, that’ll be it! Did anyone else have a Russian Spetsnaz trooper rappel into their home and scream “nyet, nyet” when you typed the first few letters of -census.gov. scot” into Google?

Scotland’s economy has never been so mismanaged – Think Scotland

Letters to the press, 24/11/21: “It appears the only ‘eight-minute response time’ the SNP have managed recently is the gap between Nicola Sturgeon’s selfies at COP26”