The SNP handles criticism as well as the Incredible Hulk handles irritation. It’s why the party’s own parliamentarians are banned from making critical comments. The Nationalists are an independence-first organisation and rely on two important psychological tools. The first is projecting Nicola Sturgeon as the ‘Chief Mammy’ (her own term; ‘mammy’ being Scottish slang for ‘mother’), a national figure more akin to the Queen than the Prime Minister. The second is framing any institutional or organisational dissent not as standard, democratic debate (in the way that businesses, unions and charities routinely take the UK Government to task) but as something more controversial, political — even unpatriotic.

As such, it is entirely unremarkable to Scottish eyes to read that charities funded by the SNP government in Edinburgh are being made subject to a ‘gagging clause’. Readers living in normal countries, however, might think the situation revealed in the Scottish edition of the Times not wholly ideal. The paper relays that charities, including Shelter Scotland and Victim Support Scotland, ‘are being silenced by ‘gagging orders’ that prevent them from criticising SNP policies or backing rival campaigns as part of contracts to receive state funding’. The letter received by Victim Support reportedly includes the line:

‘No part of the grant shall be used to fund any activity or material which is party political in intention, use, or presentation or appears to be designed to affect support for a political party.’

The opposition believes the non-political clause will prevent or discourage charities from supporting draft legislation put forward by the Tories, Labour, or any backbencher who doesn’t belong to the SNP or the Greens, the two parties who rule Scotland in a nationalist coalition. Scottish Tory chief whip Stephen Kerr said it appeared the administration was ‘handcuffing charities and third-sector groups on the sly by preventing them from backing bills or campaigns by anyone other than the government’. 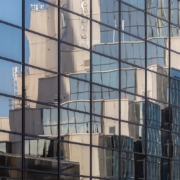 Scotland’s national investment bank is running aground – The Spectator

Letters to the press, 24/02/22: Still no compelling economic case for independence. Do your job, Nicola. Vacuous hot air.

Jim Sillars: ‘I haven’t voted for the SNP for a long time’ – Holyrood

Letters to the press, 30/03/22: ‘”There are three kinds of lies: lies, damned lies and statistics”. This quote could apply to the SNP regarding the ferries shambles, the Prestwick Airport shambles, the Salmond inquiry and the attempt to rewrite Scottish history.’