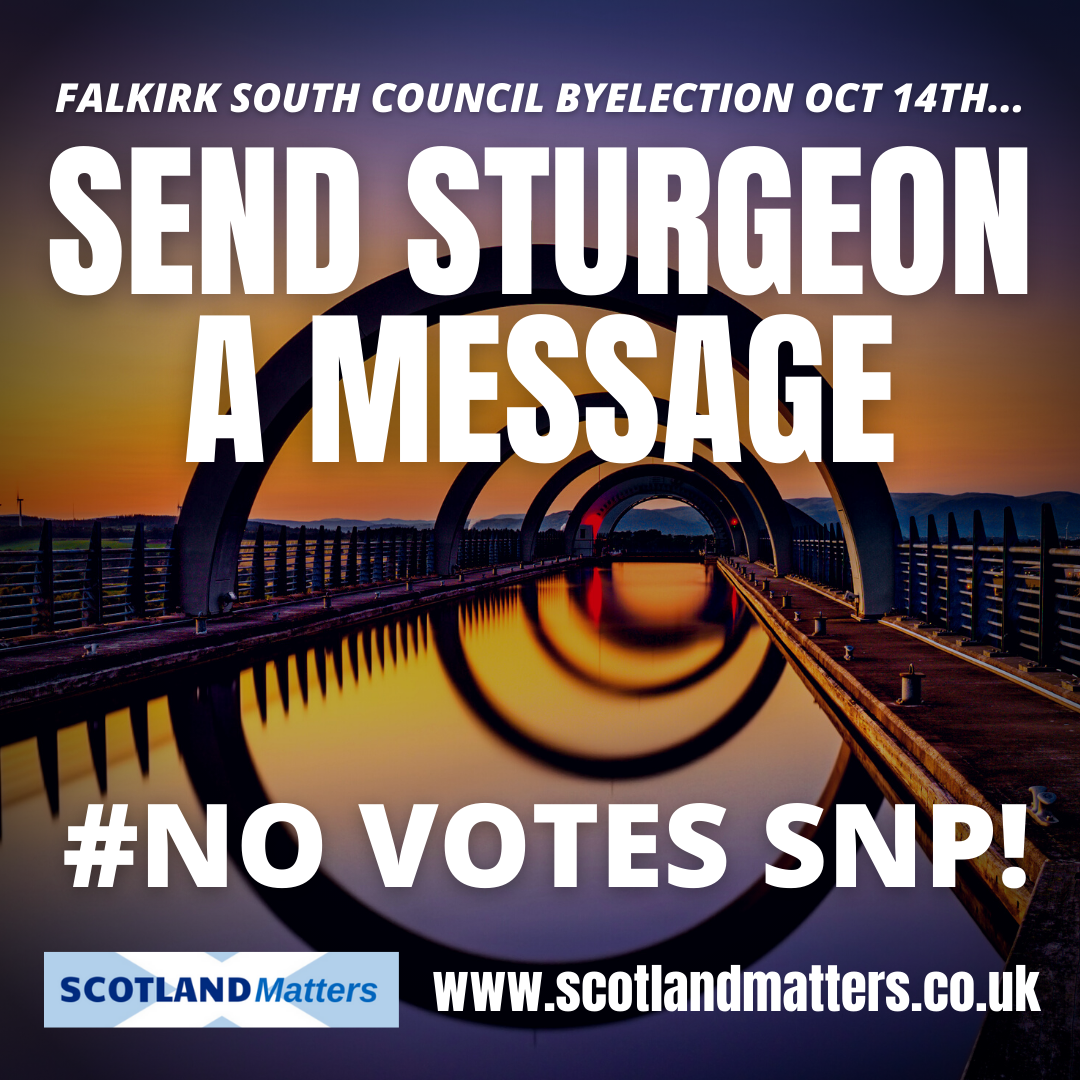 If you live in the Falkirk South area and are sick and tired of the SNP you have an opportunity to vote for another non-SNP councillor and to send a message to the separatists and Nicola Sturgeon that we have had enough:

Since May, there have been four council by-elections in Scotland. The SNP Lost all four two in the Highlands to the LibDems, the others to the Conservatives in in Formartine in Aberdeen and North Ayrshire, where twice as many people voted compared to the last election in 201t. It has rocked the SNP. The headline in the Daily Record was SNP lose a seat on North Ayrshire Council to Conservatives in huge blow for the Nationalists.

The SNP are on the rack. Because of a very successful tactical voting campaign by Scotland Matters and other groups, they have no overall majority and are now in a disastrous formal pact with the Scottish Greens.

You can send another clear message to Nicola Sturgeon that she, her party, their incompetence and their clapped-out independence ideas are not wanted anymore.
Below are the candidates for the Falkirk South by-election on Thursday the 14th of October 2021.

Scotland Matters fully supports tactical voting to beat the SNP. This means voting for the party that is most likely to beat them, even if you aren’t a supporter of that party.

If the Conservative and Labour party had combined their vote in 2017, they would have beaten the SNP candidate by 1,463 votes!!

On this occasion, if you want to vote tactically to beat the SNP, Scotland Matters believes the most likely pro-UK candidate to win would be the Conservatives.

Click the links below to see how the SNP is failing Scotland, your community and you. 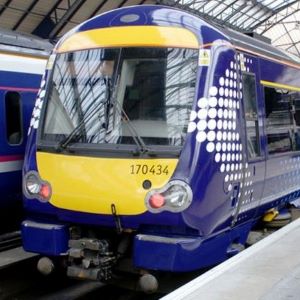