It comes as a campaign group launched a series of billboards, with ‘Vaccination not Separation – do your jog, First Minister’. The creator of the petition refused to speak about tit last night for fear of reprisals. But Mark Devlin, founder of The Majority, which is behind the billboard fundraising campaign said: ‘Recent polls show that independence is way down the list of Scottish voters’ priorities. Scots want their politicians to focus on reality over dreams, and work to improve our health education and jobs.’ The campaign raised over £3000 on its first day yesterday.

Donate to The Majority’s billboard campaign 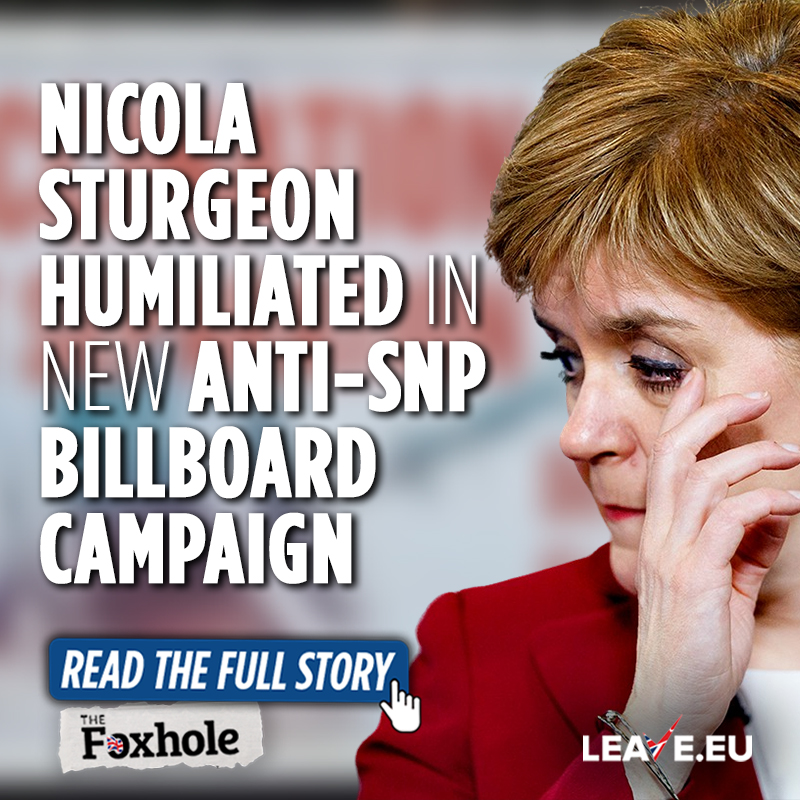 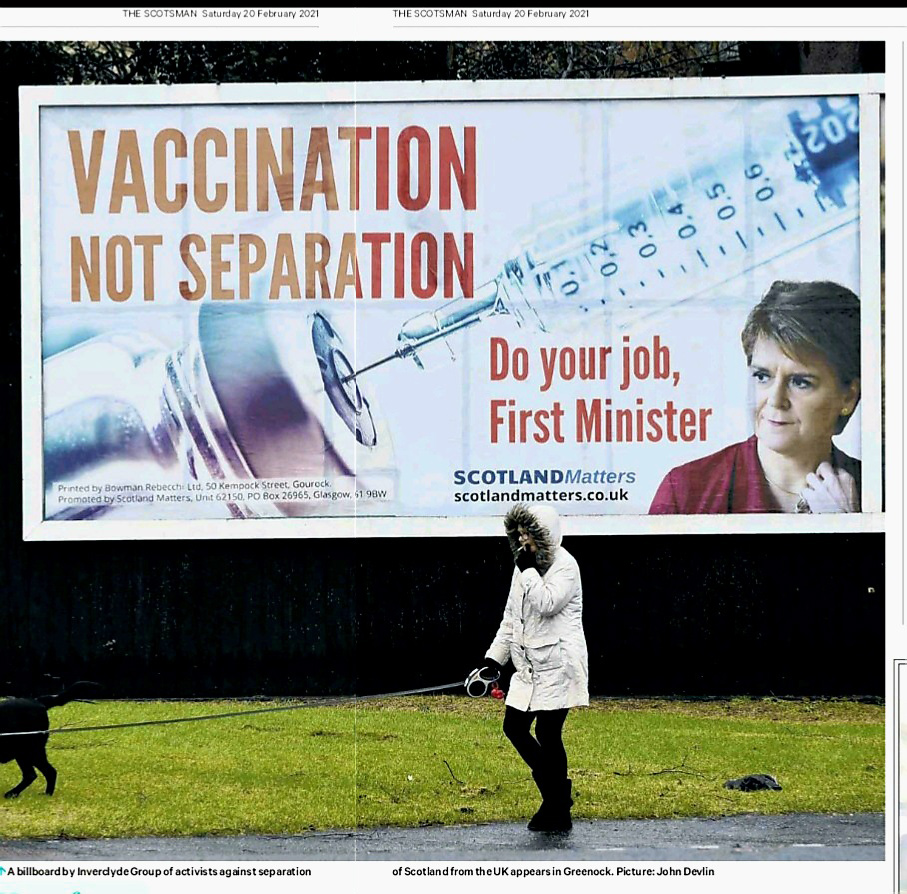 People involved in this poster campaign

Inverclyde Group of activists against separation of Scotland from the UK – In 2019 a dedicated large group of activists in the Inverclyde area respond to the continued threat of another divisive referendum by the SNP, by leafleting homes in Inverclyde advising of the continued benefits of remaining in the Union. The leafleting campaign stopping as the pandemic took hold. The Inverclyde group believe the majority of Scots still wish to say ‘Yes’ to remaining in the United Kingdom, and the SNP Scottish Government should accept the democratic decision reached in 2014 when the majority of Scotland voted to stay part of the UK.

Scotland Matters – Scotland Matters is a non-party political campaign. We want Scotland to remain in the United Kingdom. They have followers across Scotland and aim to organise meetings around the country.

Membership and followers include:

Today Scotland Matters and Inverclyde supporters of staying in the United Kingdom unveil their latest billboard stating what should be the priority for Scotland at this time. The First Minister and the SNP Scottish Government need to focus one hundred percent on ‘Vaccination and not Separation’. Over the last year, since the Pandemic struck Scotland, our First Minister and her SNP team have consistently strayed from the need to totally focus on delivering a mass vaccination programme and saving lives, to their obsession of Separation at any cost from the United Kingdom.  We have seen mistake after mistake by the First Minister and the SNP in relation to this virus, our death toll is totally unacceptable, if the obsession with separation had been put to one side and a total focus on dealing with this pandemic had been adopted as the Scottish Government’s priority then we would be much further ahead in vaccination numbers and saving lives.

Scotland Matters and Inverclyde supporters of staying in the United Kingdom call upon the First Minister and SNP Scottish Government to drop their obsession with separation and put Scotland’s health first.

“We are happy to team up with Inverclyde ‘Yes to the UK’ campaign to emphasise at this time what should be the priority for the Scottish Government. We can only hope that the First Minister and her SNP Government put aside their fixation with Separation and concentrate on getting Scotland through this pandemic by vaccinating the people of Scotland as quickly as possible and not needlessly worrying them with the threat of another divisive and unwanted referendum on separation”.

Quote from Inverclyde Yes to the United Kingdom:

It is time for the First Minister and the SNP to put aside the threat of Separation and concentrate on Vaccination to get us out of this pandemic. We need to save as many lives as possible and now we have the vaccine, delivering it should be the absolute priority for the SNP Scottish Government. Speeding up rollout to all of our age groups should be the sole focus of their attention, and catch up and match the rest of the United Kingdom in vaccination numbers. Do your job First Minister listen to what Scotland needs (Vaccination) and not what the SNP want (Separation)”.