ScotFail – “I don’t drive the trains” 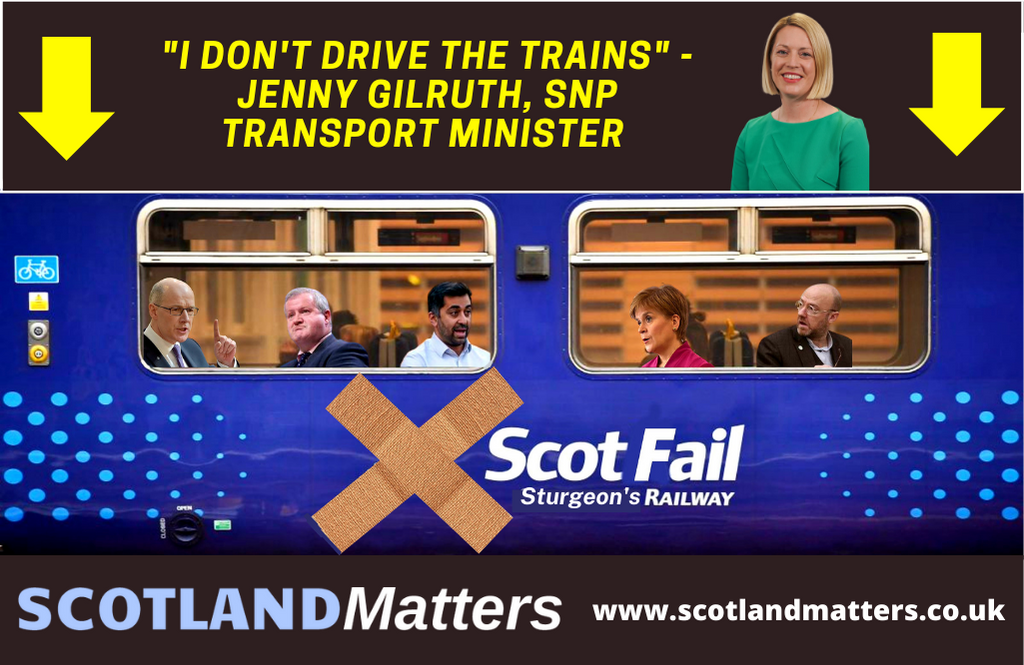 Scotland Matters has created a social media meme which sums up the Scotrail situation that Transport Minister, Jenny Gilruth, finds herself in; having to pick up the mess she inherited from her SNP colleagues.

When she was appointed in January she said becoming transport minister would be “an exciting opportunity to help Scotland become a world leader in achieving our goal to become net-zero by 2045”. Rail travellers must be wondering if “net zero” means carbon emissions or train services because his week, faced with a barrage of questions and criticism over massive service cuts and a pay dispute she said, “I don’t drive the trains”.

She has inherited the mess created by her bosses, Nicola Sturgeon and John Swinney and predecessors, including Derek McKay and Keith Brown, who awarded a seven-year Scotrail franchise to Abellio a week after the Independence referendum despite widespread warnings about their poor performance on other franchises.

A Scotland Matters spokesman said “this is another example of the SNP’s disastrous attempts to nationalise and run a commercial business. It has all the makings of another Prestwick Airport, Fergusons Ferries or BiFab and questions need to be asked about the decision process, in particular if due diligence was done on the financial state of the operation, the risk to the operation of a driver shortage – and the risk to UK taxpayers who will now foot the bill for nationalised Scotrail“