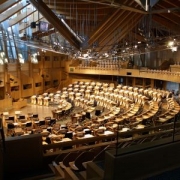 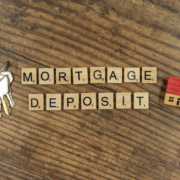 Just over a third of voters are in favour of a second independence referendum within the next two years, a poll has found.

The Survation poll carried out for the pro-UK campaign group Scotland in Union found only 38 per cent of those surveyed want a second vote during the timetable set out by First Minister Nicola Sturgeon.

Just over half (52 per cent) said there should not be a referendum in the next two years, while 10 per cent said they didn’t know.

Setting out the Scottish Government’s programme for government on Tuesday, Sturgeon said she had instructed civil servants to begin work on a “detailed prospectus” for independence, with the aim of holding a second vote – nine years since the last – by the end of 2023.

The Survation poll also found that 57 per cent of people in Scotland would vote to “remain” part of the United Kingdom in a referendum – with only 43 per cent in favour of “leaving” the UK.

Among those who voted SNP in the 2021 Holyrood election, 20 per cent would vote to remain part of the UK, and 24 per cent do not believe there should be a referendum on independence within the next two years.

Pamela Nash, chief executive of Scotland in Union, said: “This poll confirms that Nicola Sturgeon is out of touch with the people of Scotland.

“A majority of voters oppose her plans for a divisive second referendum within the next two years, and she should listen to what people are telling her.

In 2015, less than a year into her tenure as first minister, Nicola Sturgeon urged voters to judge her on her government’s education record.

Specifically, Sturgeon pledged to tackle Scotland’s attainment gap, the yawning divide between those from the most deprived areas and their more affluent peers.

The First Minister deserves credit for staking her reputation on an issue which had proved so intractable in the past, a problem so deep-seated that a succession of well-intentioned policy initiatives made little impact.

Yet if we are to judge the Scottish Government’s education record solely on reducing the attainment gap, then it barely scrapes a pass.