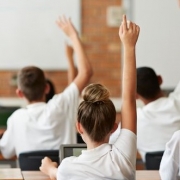 The city joined the likes of Donetsk (Ukraine), Kyzyl (Russia), Mitrovica (Kosovo) and Marseille on the list, which noted how the murder rate in Glasgow accounted for 19% of all homicide cases in Scotland between 2019 and 2020.

Glasgow has been named among the most dangerous cities in Europe in a new poll.

Joining Glasgow on the list is Donetsk (Ukraine), Tbilisi (Georgia), Kyzyl (Russia), Sofia, Tallin, Grozny (Russia), Mitrovica (Kosovo), Bradford and Marseille – which is regarded by the website as the most dangerous city on the continent.

Introducing the list, the website wrote: “Smuggling and street crimes, such as robberies, are some of the problems that plague the cities of Europe, affecting the prosperity of companies and the community in general.

“In terms of homicide rates, European cities may be safer compared to those in the United States, however, some of them face public order problems that directly affect the economy, ranking as very harmful and unsafe cities to live in. and even to visit.”

“In Glasgow crime figures are still too high relative to other cities, which is a shame, because Glasgow is a port city in Scotland known for its incredible architecture.”

The most recent homicide statistics released by the Scottish Government back in October last year confirmed that Glasgow City had the highest number of homicide cases (12) in 2019-20,, representing 19% of the Scottish total.

The co-owner of some of the city’s most popular businesses has said they’re ‘not in a good place’ financially in light of the decision to keep Glasgow under Level 3 of lockdown.

Colin Clydesdale, co-owner of The Ubiquitous Chip, Stravaigin, and Hanoi Bike Shop, has warned that businesses face closure over the impact the restrictions will have.

Nicola Sturgeon announced on Friday that Glasgow City would remain on a tighter lockdown than the rest of the country due to a ‘significant’ coronavirus outbreak.

The restrictions mean that alcohol can’t be served indoors, leaving pubs and restaurants out of pocket.

Speaking on BBC Radio Scotland, he said: “Even in level three it’s not normal trading conditions. We’ve been under duress, now, for approaching 14 months, I genuinely don’t understand how the Scottish Government thinks hospitality in Glasgow can cope with this.

“We are not in a good place financially. At quarter to five last Friday we got the news that we wouldn’t be moving into a tier we would much rather have been in. We have spent three days phoning 700 people who were all booked in for Saturday, May 22. It took three people, three days to apologise, trying to stay positive while doing it. People are desperate to get back out – we are actually having to hold them at bay.

“We have done as we were told. Hospitality has bent over backwards to adhere to every single new rule. I can go from the epicentre in Glasgow, and if I go 1.7 miles in one direction, I can have a pint, but if I go six miles in the other, to us, I can’t. I don’t understand that. I can’t see how it makes any sense at all.

“It’s a huge financial cost [to the business]. Just having three folk (making cancellation calls) has probably consumed half of the £700 compensation we were so generously offered. ”

Despite furlough still being offered to businesses, employers are required to top it out but some have been unable to meet the cost of topping it up and have been forced to let go of staff.

Colin added: “It’s very simple. If there’s no money coming in, and there’s money going out, it can only last so long. It’s pretty basic stuff.

“Our guys are great. They’ve rolled with the punches at every turn, but the look of despondency on their face last weekend at 5pm when they all realised what had happened – they need a break. It’s relentless.

“It’s very simple. It’s all about sums. How long can you expect businesses to limp along in a loss-making situation before they all start to fold. It just doesn’t make any sense.”

Speaking at her briefing on Friday, the First Minister said that Glasgow is ‘yet to turn a corner’ and could remain under Level 3 restrictions for a number of weeks.

Polmadie Burn is located on the site of the former J&J Whites Chemical plant and runs into the River Clyde.

A burn contaminated by a cancer-causing chemical that resembles a ‘toxic soup’ is now causing increased concern among local residents by appearing to glow ‘luminous green’ as it flows through Richmond Park into the River Clyde.

Polmadie Burn is located on the site of the former J&J Whites Chemical plant – also known as Shawfield Chemical Works – which operated from 1820 to 1967 and produced up to 70% of the UK’s chromate products.

Back in March of 2019, Clyde Gateway demanded urgent action after cancer-causing chromium-VI was found flowing into the river from the burn, warning politicians that the contaminated land posed an immediate risk to human health because of the toxic waste.

Meanwhile back in January, we reported on the increased concern of locals about the contamination, who believe that the problem seems to have gotten worse due to weather patterns or local building work, having first turned green back in February of 2018.

New concerning photos have since emerged in the past few days, taken by local Colin Harkins, showing the burn looking as toxic and dangerous as it ever has been appearing to glow ‘luminous green’.

The photos, which were posted on the Scotland From The Roadside Facebook page, have been met with what could only be described as a wave of shock and anger by Glaswegians, many of whom who have become aware of the problem for the first time.

Back in January Glasgow City Council informed Glasgow Live that they have been working with a range of partners, including Clyde Gateway, to address the historic ground pollution connected to the former chemical works at Shawfield, including work to divert an underground culvert away from the area of pollution and ground remediation.