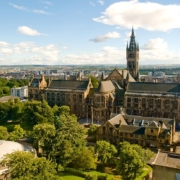 The Royal College of Nursing Scotland has demanded action as it emerged that vacancies within nursing and midwifery amounted to 4,900 posts,
Vacancies within the NHS have reached “record levels”, as figures showed that more than 500 consultant positions and almost 5,000 jobs in nursing and midwifery are vacant.
The staffing gaps came as the health secretary warned that the summer had seen a “perfect storm” for the NHS in Scotland amid high demand and a “knackered” workforce.
Humza Yousaf said health boards were having to make difficult decisions about the types of treatment they could offer when he appeared at Holyrood’s health committee yesterday.
Asked about recently declaring “code black” — meaning they had reached full capacity — and fatigue among staff, Yousaf said the NHS was still “in the midst” of the pandemic and were having to take “tough decisions” about non-urgent surgery.
The Royal College of Nursing (RCN) Scotland has demanded action as it emerged that in June this year vacancies within nursing and midwifery amounted to the whole-time equivalent of 4,900 posts.
That is the highest number ever, the union claimed, up from 4,000 posts in June 2019, with the current total meaning around 7 per cent of roles are unfilled. Meanwhile, the same figures showed 540 consultants posts were vacant in June — up from a previous high of 514 two years ago.
RCN Scotland claimed the vacancy rates in some areas, such as NHS Highland, NHS Shetland and NHS Dumfries and Galloway, meant that more than one in ten nursing and midwifery roles were lying empty.
The union added that across Scotland, 10 per cent of district nursing posts were vacant, while there were 8 per cent of mental health nursing posts unfilled — a record high

A leading economist appointed to Nicola Sturgeon’s panel of advisers has warned that the damage from tearing up the 300-year-old Union between Scotland and England risks being equivalent of “Brexit times ten”.

Mark Blyth, professor of international economics at the Watson Institute of Brown University in Rhode Island, was announced as a member of Sturgeon’s council of economic advisers in July amid claims that it would “bring forward bold ideas that will transform the economy”.

Click the image below or text to read more:

Sir Tom Devine said it would be folly to rush towards a second referendum.
Scotland’s pre-eminent historian has indicated that he may be having second thoughts about his support for independence.
In 2014 Sir Tom Devine gave intellectual heft to the Yes campaign by coming out in favour of dissolving the Union. However, the emeritus professor at the University of Edinburgh has suggested he is weighing up his options on the country’s constitutional future.
Appearing at the Edinburgh International Book Festival, Devine, 76, was asked if it was a mistake for him to come out in favour of independence seven years ago. He sighed before responding: “You might have put your finger on something. It was a decision at the time. Whether it was a decision forever will be revealed in due course.”
He said he felt the UK government of the time would have been more willing to conduct an amicable relationship with an independent Scotland.
Addressing a suggestion that he should have remained neutral before the referendum, Devine said: “Every historian is biased. Most of the biases we have we are not aware of.”
He said he had tried to avoid writing partisan works, adding: “Even quite seasoned viewers of a right-wing or unionist bent went out of their way to say that I had tried to keep the middle way and tried to maintain impartiality. If you don’t do that, in my view, the book is valueless. It becomes a tract and a polemic and there are enough of them around.”
Earlier this year Devine suggested it would be folly to rush towards a second referendum. Writing in the pro-independence Sunday National, he said: “I strongly believe this is a time for cool heads and shrewd thinking, not knee-jerk emotional reactions.”
He added: “The people of Scotland will not necessarily support the decision of a government which attempts to offer the prospect of huge constitutional change before national recovery has been established after the long months of painful adversity.”
https://www.scotlandmatters.co.uk/wp-content/uploads/2020/11/Website-logo-1.png 0 0 sm_admin https://www.scotlandmatters.co.uk/wp-content/uploads/2020/11/Website-logo-1.png sm_admin2021-08-16 23:33:352021-08-16 23:33:35Historian Sir Tom Devine admits to second thoughts on Scottish independence – The Times

The public, and especially business, want the UK and Scottish governments working closely together on pandemic recovery. So why didn’t the prime minister find time last week to meet the first minister at her request to discuss collaboration? The answer, sadly, comes down to a lack of the trust that is crucial to any working relationship.
Boris Johnson will have feared that any meeting sought by Nicola Sturgeon to discuss “collaboration” was an excuse to express grievance, and complain about it afterwards. He knows from experience that she likes nothing more than to walk out of meetings into news conferences to grandstand.
Granted, she will argue that she doesn’t trust the prime minister either. But from the perspective of the business community there is a difference. Yes, both leaders want pandemic recovery — but deep down, the first minister ultimately wants the break-up of the UK just that bit more. Given that most business leaders think ending the Union would deliver huge additional challenges to the economy, they have plenty of reasons to doubt that the SNP is focused on their interests.
https://www.scotlandmatters.co.uk/wp-content/uploads/2020/11/Website-logo-1.png 0 0 sm_admin https://www.scotlandmatters.co.uk/wp-content/uploads/2020/11/Website-logo-1.png sm_admin2021-08-12 13:35:592021-08-12 13:35:59Business has learnt that it cannot trust Nicola Sturgeon – The Times