Sky News understands that Holyrood’s harassment committee has reached the conclusion by a majority vote ahead of the publication of its final report.

Members have decided that Ms Sturgeon misled the committee itself and, as such, misled parliament and potentially breached the ministerial code of conduct. 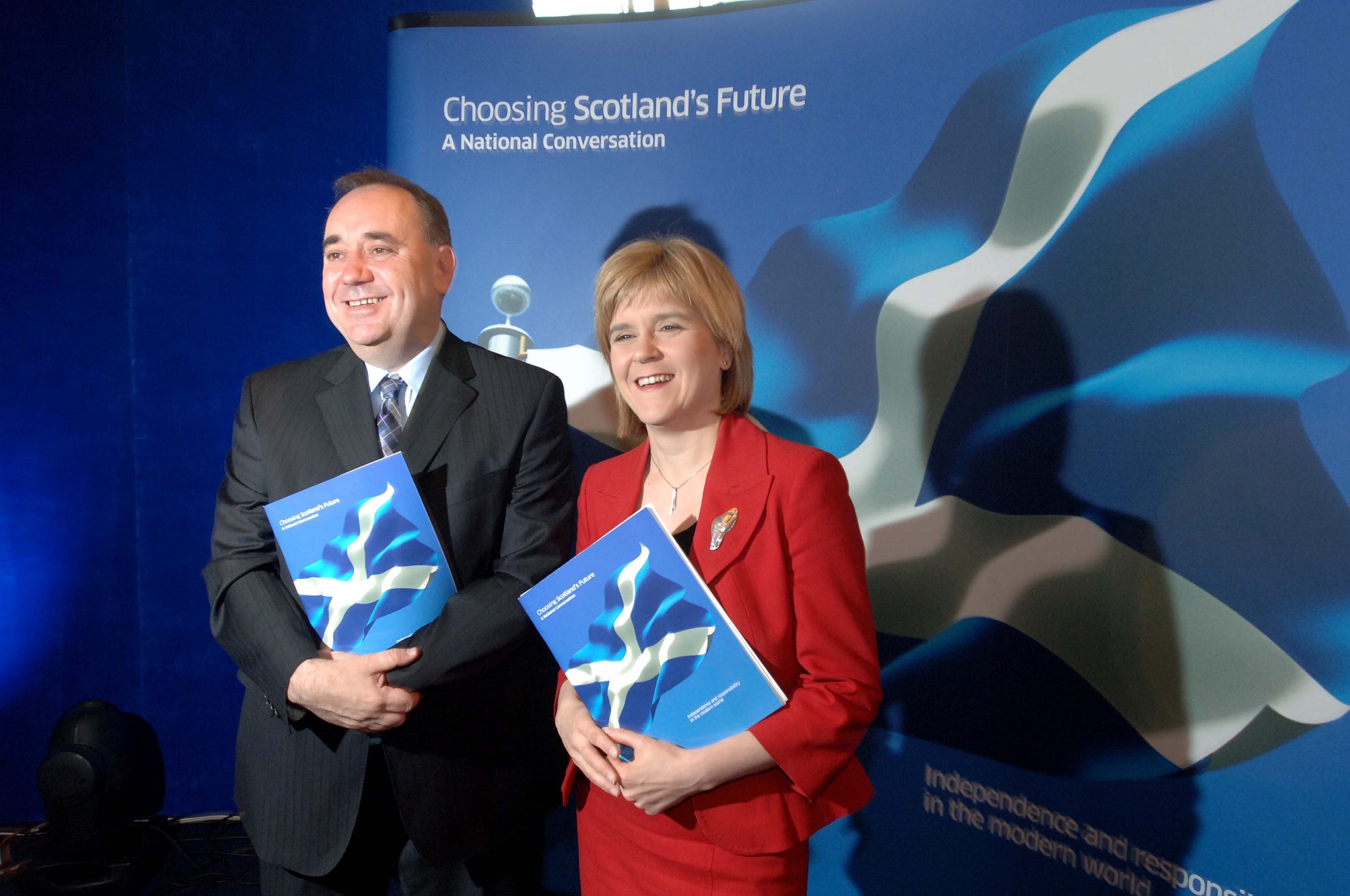 Nicola Sturgeon is now denying the entire existence of her predecessor Alex Salmond in an attempt to save the SNP from further embarrassment.

When questioned on this she responded: ‘I can categorically say that I have never seen this man in my life. I have absolutely no idea who he is. I don’t even think he was a member of the SNP, not that I can keep track of these things. You should ask my husband, he deals with membership enquiries’.

However, an image of the two of them together during the independence referendum in 2014 seemed to jog her memory. ‘Oh, yeah. I met him once. Big guy, liked golf if I remember correctly. Enjoyed swinging that club. Fed that young woman an ice lolly in Stirling. He did some contractor work for the SNP. Bit of public speaking. Contributed a few pages to ‘Scotland’s Future’, those sorts of things. That was all though. Why?’.

On being shown evidence that she was, in fact, his deputy from 2007 – 2014 and her party owes the bulk of electoral success to the man, she tersely responded: ‘Look, I worked under him, er, I mean with him for a couple of years. So what. Apart from almost daily contact, deputising for him during absences, constant meetings, being considered his political protege, inevitable successor and taking his job in 2014, I barely knew him at all’.

Salmond and Sturgeon: What is the controversy all about?

Two of Scotland’s best known politicians are involved in a row which some people believe could force Nicola Sturgeon to quit as the country’s first minister. Who are Alex Salmond and Nicola Sturgeon? The pair dominated Scottish politics for more than a decade, and led the campaign for Scotland to become independent from the UK. 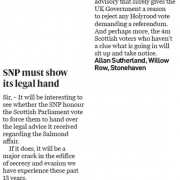 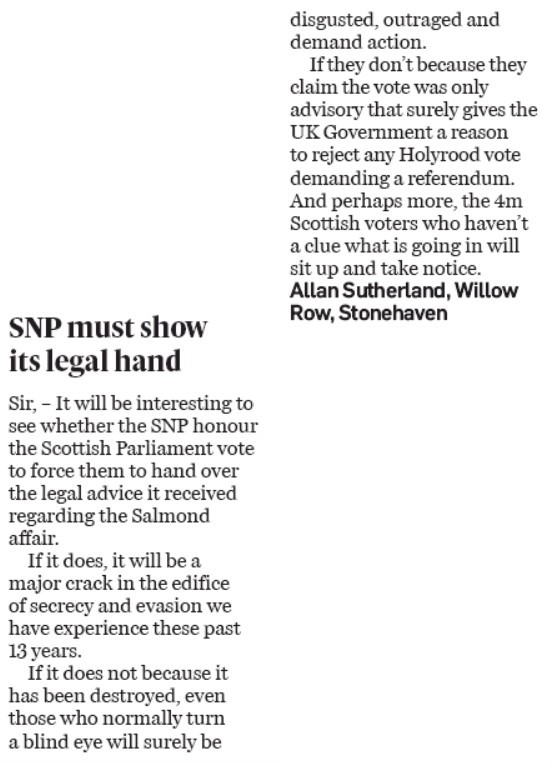 Sir, – It will be interesting to see whether the SNP honour the Scottish Parliament vote to force them to hand over the legal advice it received regarding the Salmond affair. If it does, it will be a major crack in the edifice of secrecy and evasion we have experience these past 13 years. If it does not because it has been destroyed, even those who normally turn a blind eye will surely be disgusted, outraged and demand action.

If they don’t because they claim the vote was only advisory that surely gives the UK Government a reason to reject any Holyrood vote demanding a referendum. And perhaps more, the 4m Scottish voters who haven’t a clue what is going in will sit up and take notice.