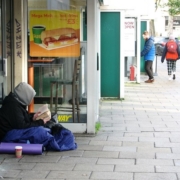 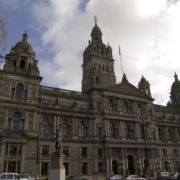 THE response of the newly reappointed First Minister to the results of the Scottish election is as depressing as it is predictable.

Following a mostly presidential campaign, emphasising Sturgeon’s handling of the pandemic, we are now told that there is a cast-iron mandate for another referendum and independence is around the corner.

At Full Council last Thursday, the SNP group were akin to religious zealots announcing the second coming. Independence was shoehorned into almost every single contribution and promoted as the cure all for every single problem. We face another five years of this triumphalist nonsense.

Like all nationalists, the SNP are desperately keen to promote a sense of exceptionalism, that Scots are somehow different from our neighbours with unique traditions and distinct, not to say superior, values. Scotland, they argue, could be so much better if we were not held back by Westminster. Westminster, of course, being no more than a euphemism for England.

In the two weeks since the election, this line of reasoning and myth making has been ratcheted up. We are told that the Scottish people have spoken and are being held against our will by the rule of law rather than democracy. This is a ridiculous argument as it ignores the fact that the rule of law is essential to any functioning democracy. In a democracy, laws can be changed but they cannot be ignored or dismissed simply because they are inconvenient.

Nationalists continuously argue that Scotland is almost unique among nations in that the people have always been sovereign. In doing so they hark back to a historical conceit concocted by George Buchanan almost 500 years ago to justify the overthrow of Queen Mary in 1567. It was trotted out again a century later to excuse the revolution against James VII. It was based on myth and invented history then, it remains a constitutional nonsense today.

Similarly, the SNP have jumped on the recent events in Kenmure Street to peddle not one but two myths. Firstly, that the Scots are more welcoming and tolerant than our near neighbours and secondly that, in an independent country, there would be no such thing as illegal immigrants. Survey after survey has proved that Scots are only marginally more liberal in their attitudes to immigration than the rest of the UK. Scotland, unfortunately, has its fair share of racists and sectarian bigots. That is an issue we have to tackle but it does not make us unique and certainly no better than our English and Welsh cousins.

An independent Scotland, like every country in the world, would have immigration laws. If, as the SNP hope, our neighbours agreed to a common travel area, those laws would have to be clear and effectively enforced. The alternative would be passport control at Berwick and Gretna. Instead of admitting this, our First Minister promulgates a falsehood that in a uniquely tolerant and progressive Scotland all such issues and difficulties will evaporate.

I fully expect the next several years to be entirely dominated by constitutional wrangling at the expense of using the powers and considerable resources of the Scottish Parliament to address the very real problems we all face.

These problems range from the strategic to the mundane. Independence is not required to improve the quality of our health service, it is already fully devolved. Freedom will not empty our bins or keep our libraries open.

There is no indisputable mandate for a referendum, still less is there any evidence that there is even a narrow majority for independence. Sadly, the SNP can never admit that because their myths are more important than any inconvenient reality.

FURY has been sparked by the decision to close a library that has served its community for more than 100 years.

There are no plans to reopen Maryhill Library, Glasgow Life confirmed today, after it was left off a list of venues to make a comeback after lockdown restrictions are eased.

The arm’s-length body, which runs culture and leisure facilities for the council, is looking for anyone with an interest in using the building to come forward and take it over under new plans to allow external parties control over former public facilities.

A spokeswoman for Glasgow Life said the organisation was “exploring how the community library provision can be supported in another venue as part of the city’s approach to community hubs”.

Bob Doris, the SNP candidate for Maryhill and Springburn, urged a rethink of the plans. He said: “I urge Glasgow Life to move quickly to bring forward re-opening plans for Maryhill Library at its current location. The local community want access to its library as soon as possible.

“The people of Maryhill should not have to wait whilst Glasgow Life consider any potential community hub plans.”

The decision was blasted as “shocking and devastating” for the community by Keiran O’Neill, the Labour candidate for the area, who has started a petition to save the facility.

Glasgow Conservative councillors are calling on the SNP administration to provide additional cash grants to drivers in the taxi and private hire trade.

The call comes after other local authorities including Aberdeen City Council announced funding worth £860,000 overall to support taxi drivers, with an additional £1,000 of automatic top up grant funding.

That fund closed on March 25, despite only granting funding to less than two-thirds of eligible drivers and spending 57 per cent of its budget.

Glasgow Conservative councillor Thomas Kerr commented: “I continue to be inundated with correspondence from taxi drivers in Glasgow who are in a state of desperation. Their income has been completely decimated over the last year.

“If other local authorities elsewhere in Scotland can give extra funding to our taxi drivers, then that should be the case in Glasgow. I find it appalling that there has been radio silence from the SNP Leader of the Council on this matter and officials are saying they can’t do anything.

Nearly four in five teachers have seen mental health issues among pupils increase over the past year, a survey suggests.

More than three in five (62%) believe the Government has placed low priority on the good mental health of young people in educational settings, according to a poll from the National Education Union (NEU).

The UK’s largest teaching union is calling on ministers to recognise that the wellbeing of young people is “just as vital” as their academic learning.

The survey, of mainly teachers, school leaders and some support staff, suggests that two in three believe pressure to prioritise “catch up” of learning has presented a barrier to supporting pupils’ mental health.

More than half said a lack of access to external support services (56%) and sufficient staff providing pastoral care (54%) are also barriers.

The findings were released on the final day of the NEU’s annual conference.

The survey, of nearly 10,700 NEU members, suggests that 78% have seen the number of students with mental health issues rise over the last year, with 34% saying the number had “increased greatly”.

It found that only 7% believe the Government has placed high priority on ensuring that pupil mental health is good in schools and colleges.