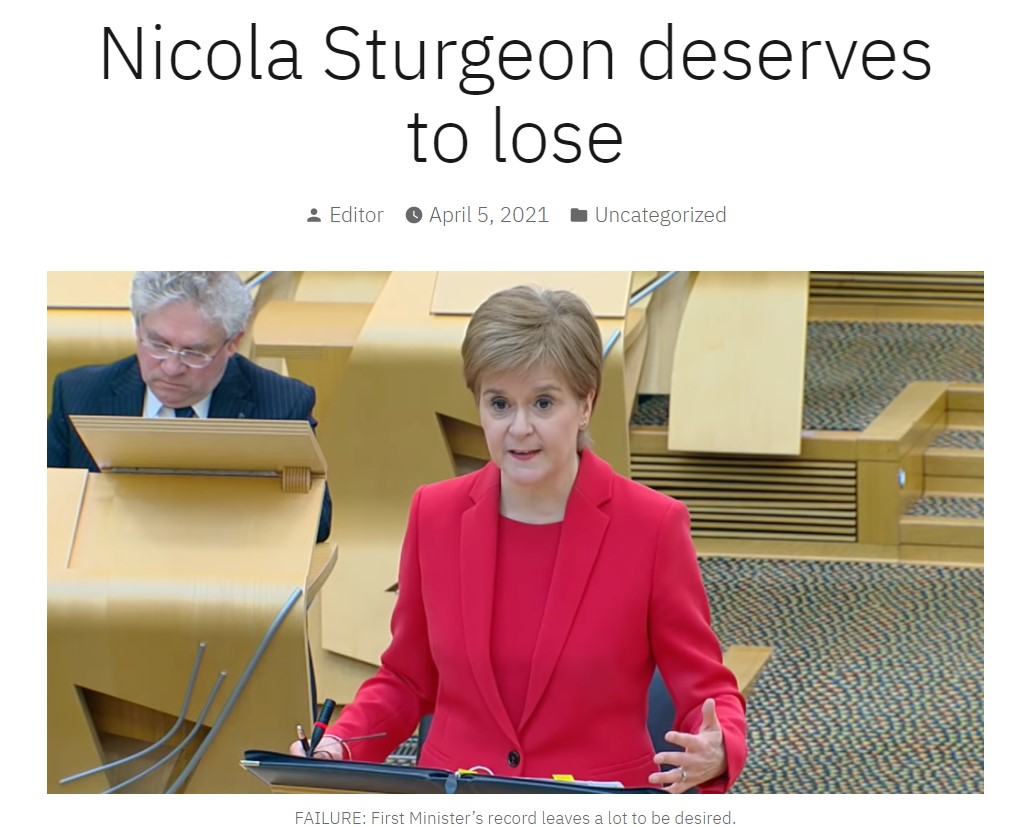 There are no moral victories at the ballot box and no consolation prizes. The losing side sometimes tells itself otherwise to cushion the blow of another rejection. Neil Kinnock is said to have won ‘the battle of the campaigns’ in 1987, because his ground operation was savvier and his presentation slicker, but come election night Mrs Thatcher was returned for the third time in a row with another landslide majority. Democracy is not a morality play, it is cold, hard numbers.

The cold, hard numbers tell us that the SNP won more than double the constituency vote of the Conservatives and Labour in 2016. For the Tories to become the largest party after May 6, they would have to hold on to every seat they took last time then take a further 17 from the SNP. To say this is a prospect not entertained by current polling would be an understatement.

No political party is entitled to win an election but oftentimes governments deserve to lose them. No government in the devolved era has deserved to lose quite as thoroughly as this one.

Nicola Sturgeon’s response to Covid-19 has been spun as a triumph but when the lights go down on her daily BBC Scotland slot, the facts remain the same. As of last week, Scotland has a higher infection rate than England or Wales and a higher daily mortality count than any other part of the UK. The UK Government has serious questions to answer over its handling of the pandemic but at least it gets asked them. The SNP has been underscrutinised for its lack of preparedness ahead of the pandemic and its management in the early weeks and months of the crisis.

Health chiefs warned during a 2016 pandemic planning exercise that there were ‘significant business-as-usual staff shortages, making stepping up in an emergency even more challenging’. Internal emails have also shown that the Scottish Government was aware of shortages in PPE supply before the pandemic hit. In the event, hospital staff were issued with expired equipment, including out-of-date respirators.