Nicola Sturgeon is a “giant among pygmies” in the SNP when it comes to leadership credentials, according to a senior Conservative MP.

Oliver Dowden, the Conservative Party’s co-chairman, took aim at the First Minister as he outlined his hopes for winning seats in Scotland once Sturgeon is no longer SNP leader.

Speaking at the party’s conference in Manchester on Sunday, Dowden said: “I do think there’s a real opportunity for us in Scotland for a couple of reasons.

“And secondly, I think we have a real opportunity to focus on the actual delivery of the nationalists in Scotland, which has been completely lamentable – whether it’s education, whether it’s health, they are falling massively behind the rest of England.

“Nicola Sturgeon constantly tries to distract from this by talking endlessly about independence.

“We need to bring that focus back on their delivery in Scotland, which is lamentable.”

At Westminster, the SNP currently has 45 MPs compared to six Tory MPs, four Liberal Democrats, two Alba Party, one Labour and one independent from the Scottish seats.

‘The SNP has leadership pygmies to choose from post-Sturgeon’

The strange greenwashing of Nicola Sturgeon – The Spectator 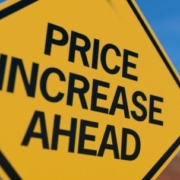 The SNP needs to stop blaming everyone but itself – New Statesman