Scotland Matters Media Release: Who put the lights out? 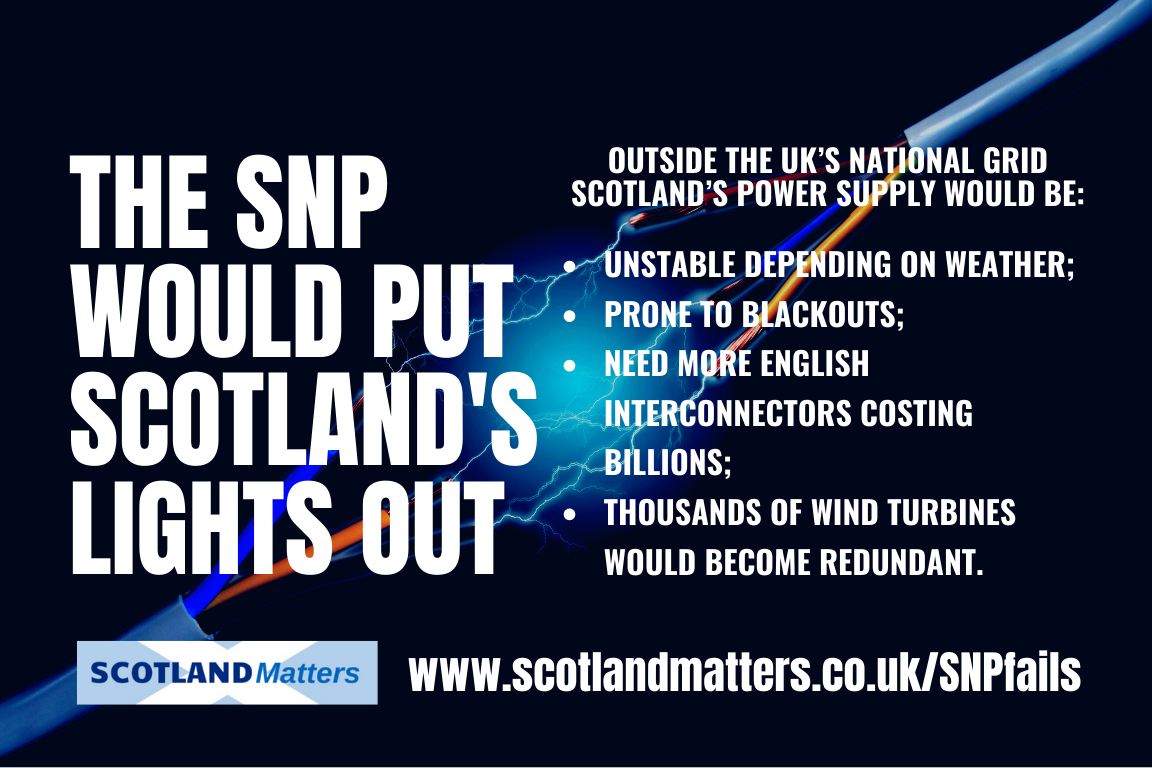 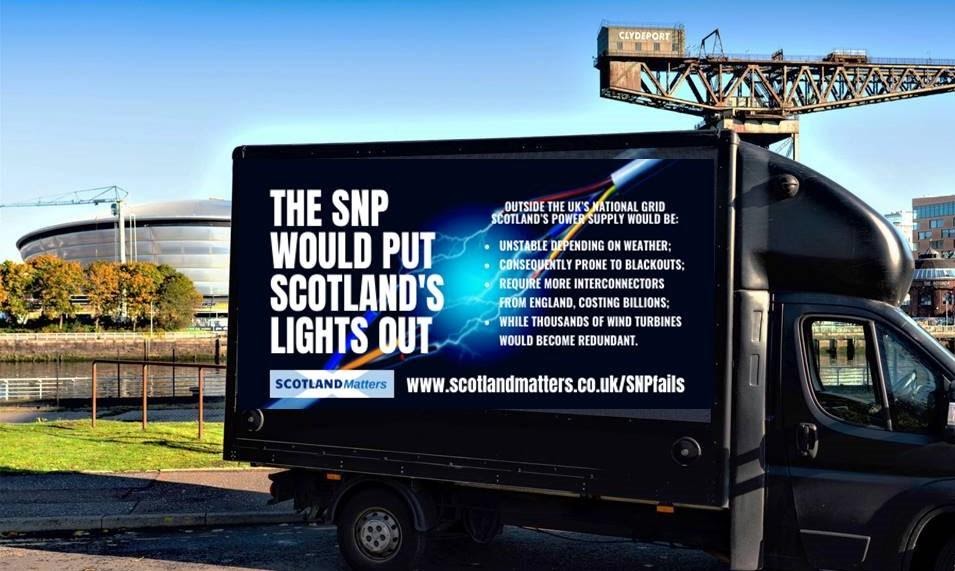 Entitled “Who put the lights out?” the report provides a technically-based analysis of how a separate Scotland would face huge existential challenges to meet its domestic electricity demands, using 2025 as a baseline.

The report was researched and written by Paul Spare, a retired Safety and Decommissioning consultant who worked for almost 30 years in the nuclear industry for organisations such as NNC, UKAEA, Nuclear Technologies and W.S. Atkins.

Its conclusions are that, without continued integration with and level of service from the UK National Grid, Scotland could not produce enough conventional energy to meet peak winter demands.

In addition, huge infrastructure investment would be required to enable Scottish wind energy to be exported to England, and up to £1 Billion of renewable energy subsidy payments would have to be taken on by Scotland.

For a new, independent Scottish state, reaching an agreement on conditions and costs would be a complex and lengthy process.

A spokesman for Scotland Matters said:

“The SNP and Scottish Greens relentlessly boast about how they lead the world on climate change. The reality is they only delivered 21,000 of their 2010 forecast of 130,000 “green” jobs by 2021, failed to deliver their national cheap energy company and have repeatedly missed targets on emissions, wildlife preservations and recycling. (click to view the Scotland Matters “MET ZERO” web page).

“In their 2014 Scotland’s Future manifesto for independence the issue of electricity supply was brushed off with the following one-sided assumption on page 237: “a single GB-wide market for electricity and gas will continue, with the current market trading arrangements, provided that they meet Scottish requirements for energy security supply”.

Clearly, it will not be as easy as that and secure energy supply through the National Grid stands alongside unknown currency, a hard border, the scale of the debt and deficit, EU and NATO membership as the great unanswered questions of the independence debate. The list only ever gets bigger.”

Scotland Matters is registered with the UK Electoral Commission as a non-party campaigner. Our mission is to get the SNP voted out of power and remove the threat of independence. We believe the best way of achieving this is to communicate the risks of separation from the UK, highlight the many failings of the SNP in government. Encourage the pro-UK parties to robustly oppose the SNP government policies that will fix and transform Scotland and win back voters and share and communicate a fact-based, positive case for remaining in the UK based on undeniable, verifiable evidence.