According to a report in the Herald Gerard Brown, 65, was found by family on the floor of his flat in Dumbreck, Glasgow last Monday with injuries to his back and arms from a fall.

Paramedics eventually arrived around 3am on Wednesday, after which time Mr Brown had passed away.

Mr Brown’s son Dylan, told the Herald: “They pronounced that he was only just dead because he still had warmth in his body.

“In this day and age, it should not be happening. I know with Covid people are busy and the NHS is struggling, but that’s unacceptable and we just don’t want it happening to another family.”

Dylan added that his father’s GP had told him “I can assure you that if they’d got to him your Dad would still be here”.

Mr Brown was reportedly a cancer survivor, weighing just six stone, who had a history of alcohol-related health problems.

The GP, Dr O’Neill, was reported as first being made aware of Mr Brown’s situation by his ex-wife on Monday morning, after she called let the practice know the family were waiting for an ambulance.

Dr O’Neill told the Herald: “At 9am on Tuesday we get a phonecall from his ex-wife to say ‘listen, he’s still in the house’. I was like ‘you are kidding me?’.

“I got on the phone to the ambulance service at 9.15am and I said ‘this man is going to be found dead’ – and I used that language, because I knew the situation he was in.

The GP was called by police on Wednesday to inform him of Mr Brown’s death. But he said that the long wait was not an isolated incident. 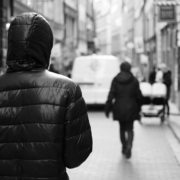 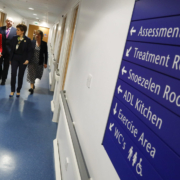 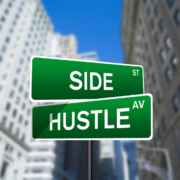 Cutting off the branch on which she sits – Effie Deans

New CalMac Islay ferries will not be built in Scotland – STV news Warning as nurse and midwife vacancy rate breaks record in Scotland –...
Scroll to top