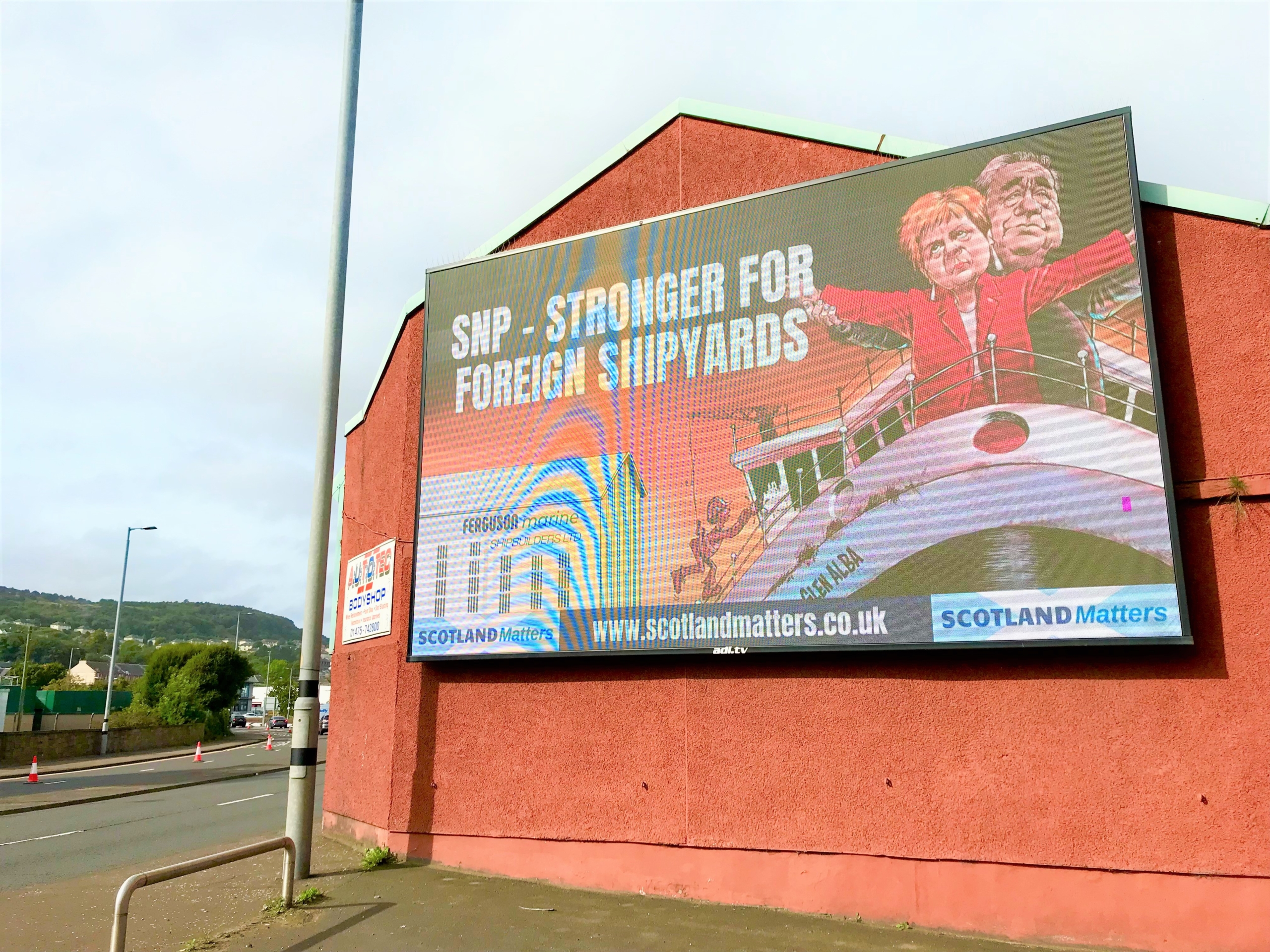 Scotland Matters has erected a billboard at the Autotec building in Port Glasgow – 5 Queen St, Port Glasgow PA14 5EF about the Scottish Government decision to place orders to a shortlist of three yards, in Turkey, Poland or Romania. This seems to be a response to the fact that the two ferries already being built in the yard are four years late.

If so, it is a massive indictment of the SNP’s industrial policy and its failed nationalisation of the yard. A spokesperson for Scotland Matters said, “We can sum this shambles up no better than Gary Cook of the GMO, Ferguson’s Worker’s Union, who said, “Ferries paid for by the public purse will be manufactured in Eastern Europe or Turkey, that’s jobs and value that should be coming to Inverclyde, not going abroad.”

Neil Bibby of Scottish Labour said it was a “hammer blow” to Scottish shipbuilding, adding: “This announcement means more jobs and more money going overseas at a time of economic crisis.”

Graham Simpson from the Scottish Conservatives said: “The SNP let down our shipyards so badly that they are missing out on work to Romania, Poland and Turkey.”

And Willie Rennie of the LibDems said: “It is a damning indictment of the Scottish government’s utter failure to secure high tech, high wage jobs that there is no shipyard in Scotland on this shortlist.”